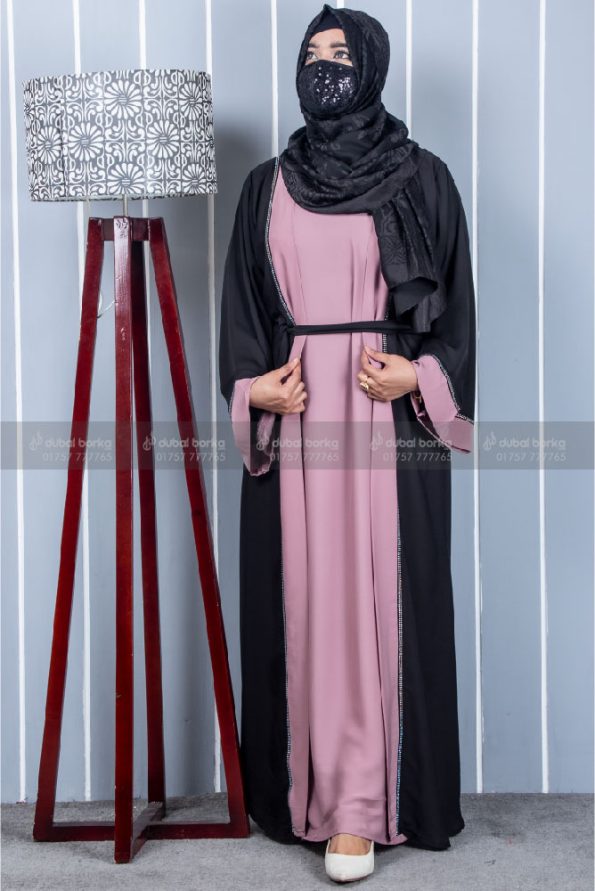 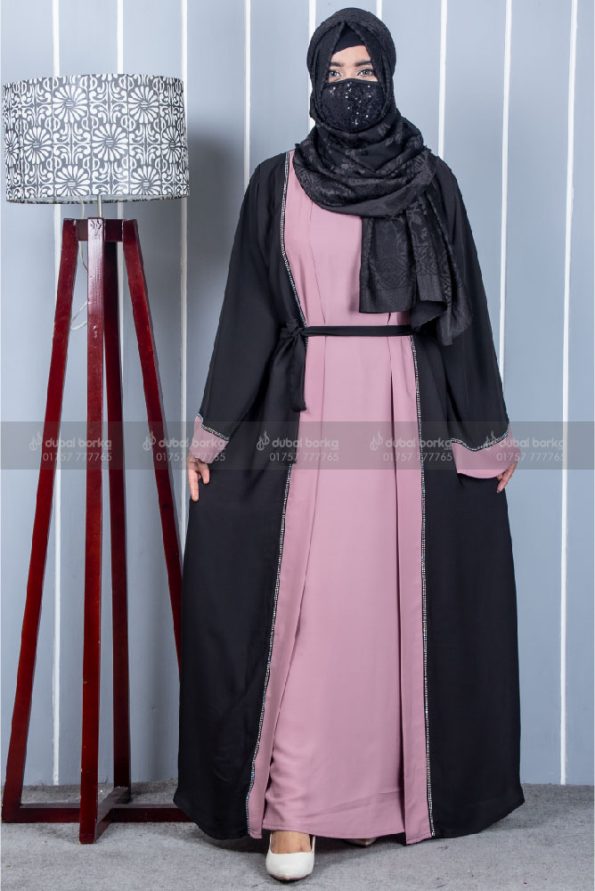 ... people are viewing this right now

Inbox For Order Or Call 01757777765
Subscribed Our YouTube Channel :-
https://www.youtube.com/channel/UCXPbQRLSN8U_kb1C4TrpS4w
WhatsApp:- 01757777765
Delivery system :
Inside Dhaka cash on delivery, Outside Dhaka only delivery charge needed via bkash payment. Inside Dhaka D.Charge will be 50/- and Outside Dhaka 150/-
NB: ???’? ??? ??? ???????
Outlet Address:-
Level #4, Block C, Shop #19, Bashundhara City Shopping Mall, Panthapath, Dhaka, Dhaka, Dhaka Division, Bangladesh
#borka #abaya #modestfashion #dubaiborka #jahanaraborka #hijabwithborka #resonableborka #borkadubai #modestattire
is the largest online retailer of Modest Islamic clothing like Borka, Kaftans, Gown Borka, Abayas, Jilbabs, Hijabs, Skirts, Kurtis in Bangladesh. We are headquartered in Dhaka but ship worldwide to all countries around the globe
The term modest fashion or modest dressing refers to a Fashion trend in women of wearing less skin-revealing clothes, especially in a way that satisfies their spiritual and stylistic requirements for reasons of faith, religion or personal preference The exact interpretation of Modest varies across cultures and countries. There is no unambiguous interpretation as it is influenced by the socio-cultural characteristics of each country. Beyond the various interpretations, all agree on the idea that modest fashion means loose clothing, comfortable dressing, and covering of the body according to a person’s own comfort.
The term “modest” may have varied interpretations across religious boundaries and even within them. Commonalities can also exist; for example, many Christian, Jewish, and Muslim women practice the veiling of their head, with Christian women wearing a head covering, Jewish women wearing a tichel, and Muslim women wearing a HIjab On 28 July 2015, a world panel discussion was held in with the aim of defining guidelines for modest fashion. This growth has been studied by scholars such as British professor Reina Lewis from Fashion. Among heion ‘Modest Fashion: Styling Bodies, Mediating Faith’ (2013) and ‘Muslim Fashion: Contemporary Style Cultures’ (2015). In late 2018, modest fashion was considered a 250 billion dollar industry. Islamic clothing is clothing that is interpreted as being in accordance with the teachings of Islam. Muslims wear a wide variety of clothing, which is influenced not only by religious considerations, but also practical, cultural, social, and political factors. In modern times, some Muslims have adopted clothing based on Western traditions, while others wear modern forms of traditional Muslim dress, which over the centuries has typically included long, flowing garments. Besides its practical advantages in the climate of the Middle East, loose-fitting clothing is also generally regarded as conforming to Islamic teachings, which stipulate that body area that are sexual in nature must be hidden from public view. Traditional dress for Muslim men has typically covered at least the head and the area between the waist and the knees, while traditional women’s dress conceals the hair and the body from the ankles to the neck. Some Muslim women also Cover their faces Islamic dress is influenced by two scriptural sources, the Quran and HadithThe Quran provides guiding principles believed to have come from God  while the body of the hadith describes a human role model through the traditions of the Islamic prophet Muhammad branch of fashion industry influenced by Islamic principles is known as Islamic
SKU: 2711 Category: Uncategorized Tag: Abaya, Black, bokra, Borka, borkahijab, borkahut, dubaiborka, hijab, Latest Design Koti, maroonborka, modestattire, Open Abaya, open borka, Purple Color Borka, Purple Color Koti, simpleborka 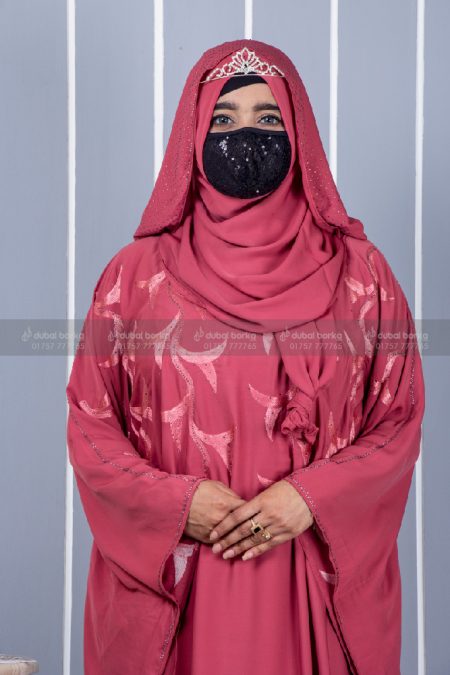 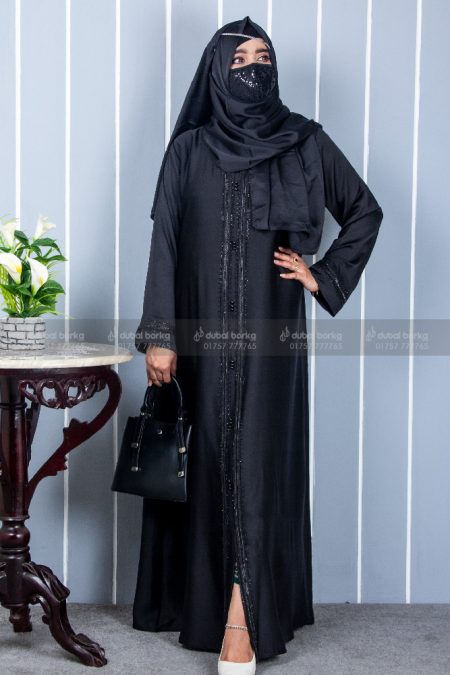 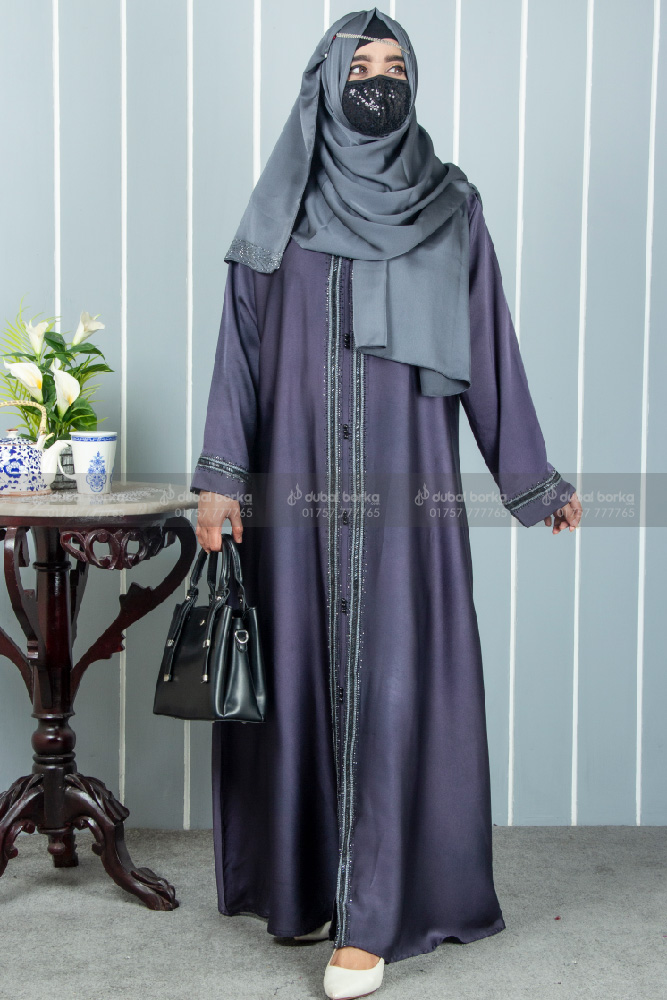 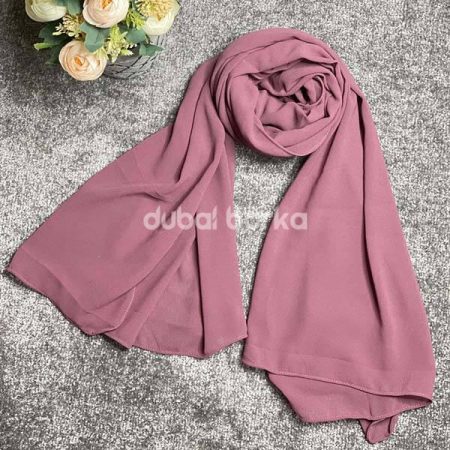 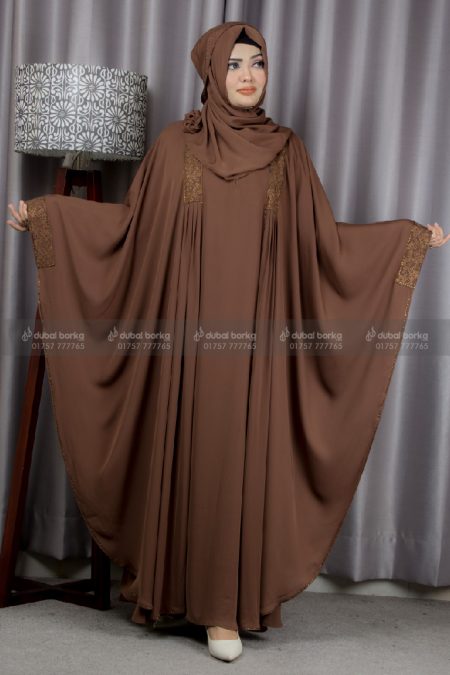 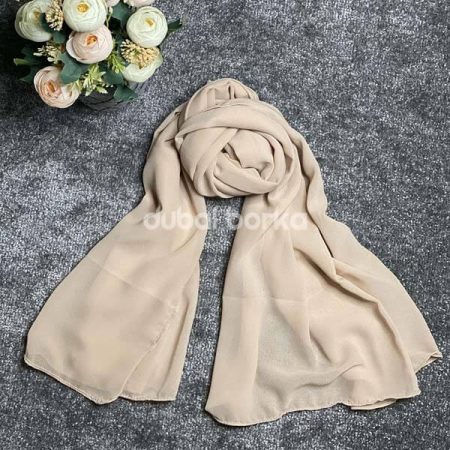 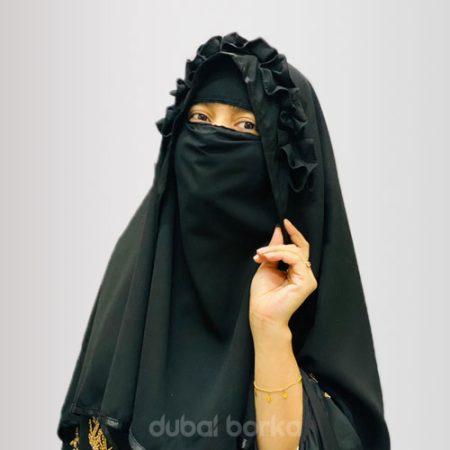 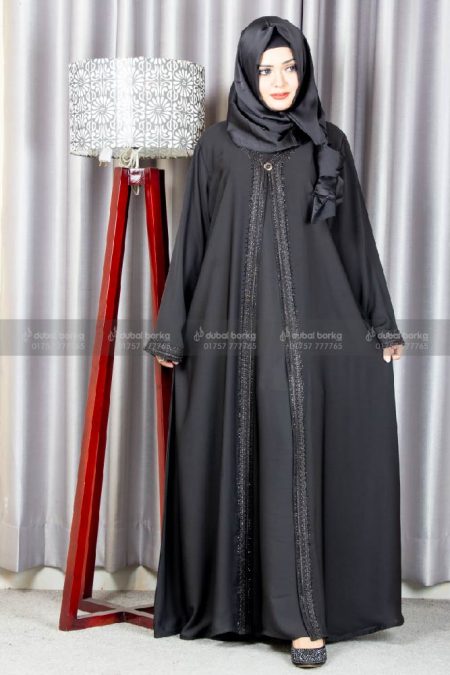 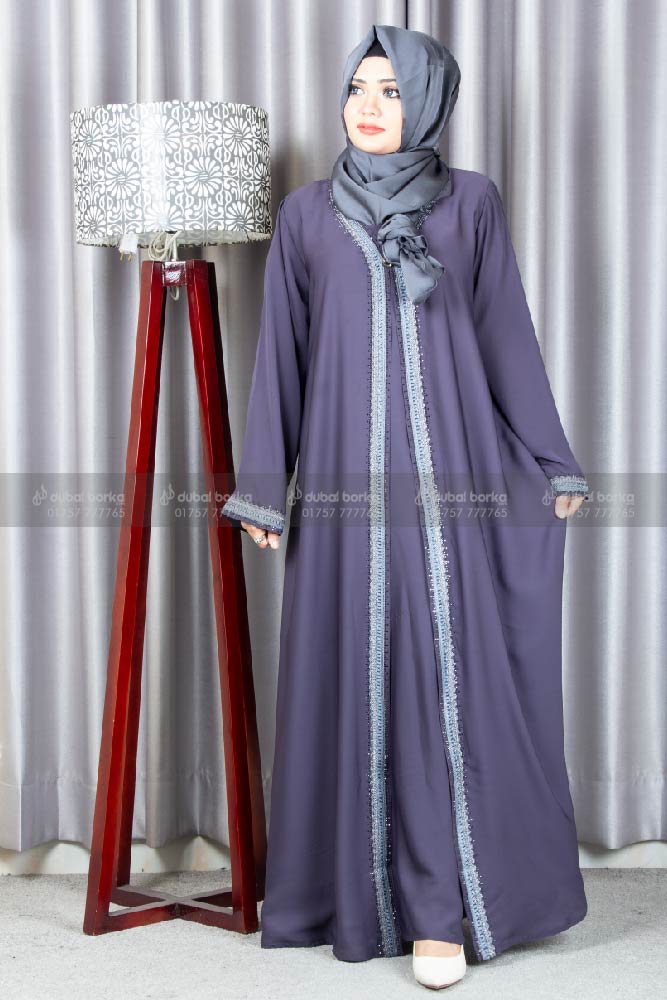 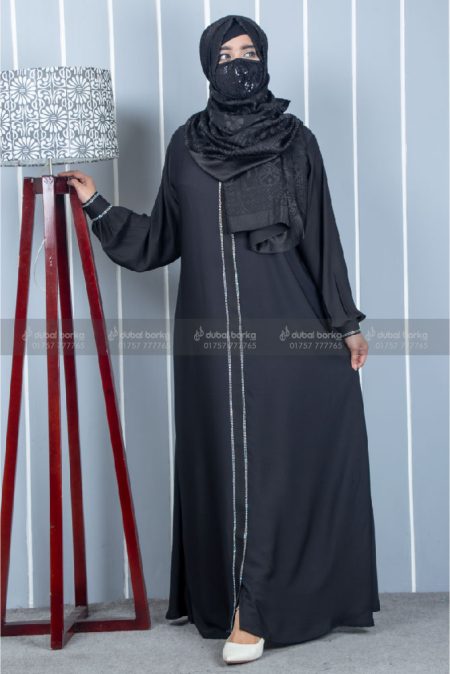 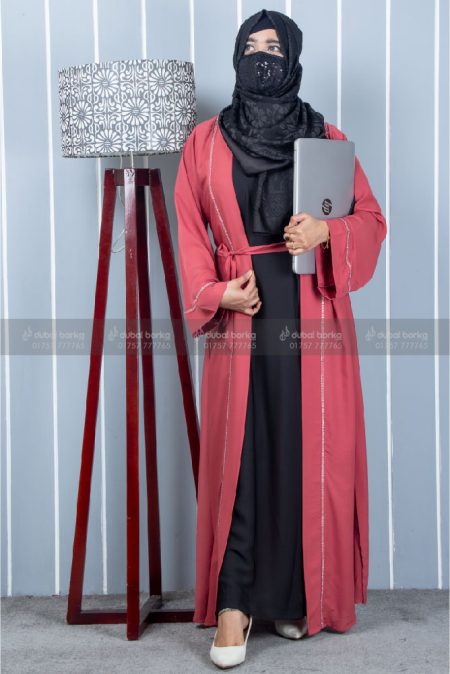 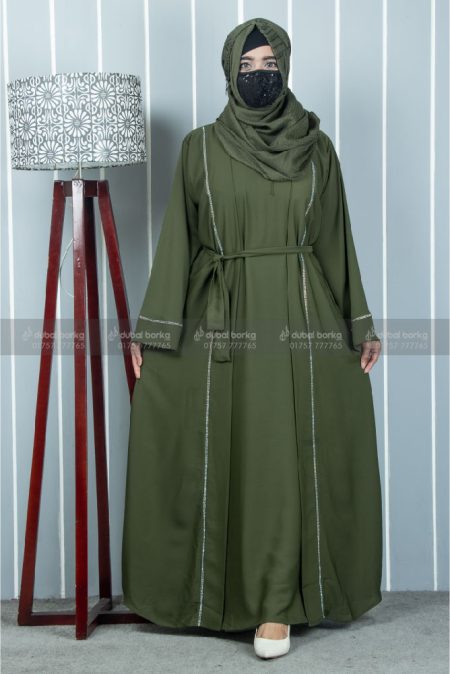